Mother & her incredible response to her son’s killer

This story has touched my heart in so many ways over the years. It was offered in Jack Kornfield’s book The Art of Forgiveness, Lovingkindness, and Peace. What moves me so deeply?is that this isn’t the story of Ghandi or Mother Theresa or MLK. It was the response of an ordinary woman with an extraordinary heart.

The amazing truth is that when we learn to listen to our hearts and hear their wisdom, they are all extraordinary. Every human heart, when fully accessed, holds the wisdom of a saint. There might be confusion, wounding, scars and deep unskillful conditioning shrouding our goodness, but the more we orient towards it and harken to its call the more we naturally open to its fullness. – its truth and transformation. Just by being here on AskLove that transformation will happen organically all by itself.

Once on the train from Washington DC to Philadelphia Jack sat next to an African American man who ran a rehabilitation program for juvenile offenders. Most of the youths he worked with were gang members who had committed homicide.

One fourteen year old boy had shot and killed an innocent teenager to prove himself to his gang. At the trial, the victim’s mother sat impassively silent until the end, when the youth was convicted of the killing. After the verdict was announced, she stood up slowly and looked directly at him and stated, “I’m going to kill you.” Then the youth was taken away to serve several years in the juvenile facility.

After the first half year, the mother of the slain child went to visit his killer. He had been living on the streets before the killing, and she was the only visitor he’d had. For a time they talked and when she left she gave him some money for cigarettes.. The she started step by step to visit him more regularly, bringing food and small gifts. Near the end of his three year sentence she asked him what he would be doing when he got out. He was confused and very uncertain, so she offered to set him up with a job at a friend’s company. Then she inquired about where he would live, and since he had no family, she offered him temporary use of the spare room in her home.

For eight months he lived there, ate her food, and worked at the job. Then one evening she called him into the living room to talk. She sat down opposite him and waited. The she started,

“Do you remember in the courtroom when I said I was going to kill you?”

“Well, I did,” she went on. “I did not want the boy who could kill my son for no reason to remain alive on this earth. I wanted him to die. That’s why I started to visit you and bring you things. That’s why I got you the job and let you live here in my house. That’s how I set about changing you. And that old boy, he’s gone. So now I want to ask you, since my son is gone, and that killer is gone if you’ll stay here. I’ve got room., and I’d like to adopt you if you let me.”

And she became the mother of her son’s killer, the mother he never had. 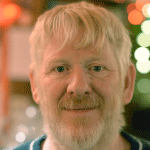 In April 2015 Eva Kor, survivor of the Auschwitz-Birkenau death camp, traveled to Germany to testify in the trial of former Nazi Oskar Gr?ning. During this trial, Kor and Gr?ning shared an embrace and a kiss, with Eva thanking Gr?ning for his willingness, at age 93, to testify as to what happened more than 70 years ago and speak out against holocaust denial. The kiss and embrace stirred up great controversy and anger. Many of her fellow survivors characterized it as a betrayal justice and the horrific ordeal they suffered.

In a July 15th 2016 BBC interview Eva said, ?Why are we willing to accept animosity and revenge and not goodwill??

“DLS “- Indeed, we must not put more fuel on the fire. But instead extinguish the fire with the amazing power of UNCONDITIONAL LOVE. Time heals. Love heals. Even if it takes 70 years, so be it. Thank you for sharing this remarkable story of transformation! It deeply touches me.

WOW – so INCREDIBLY POWERFUL! Thank you for sharing!

If you find this inspiring, google mothers who forgive their son’s killers. It’s so inspiring. This isn’t the only example. There are so many.