I live in a very rural area of the Sierra foothills in California, and I own a small apartment complex with 9 units in a tiny ?town of 120 people that is 20 twisty mountain miles from the next small town where there only a few police. It can feel like the wild west.

Most of my tenants are low income and have not had the advantages of higher education or training. But they do have wise hearts. They have made quite a tight knit community and created a small organic produce garden which they share and maintain.

11 years ago a?man notorious for outrageous behavior and drinking moved into the house across the street with his wife and two children. He had a long running feud with one of my tenants. One day shortly after he moved in, that tenant’s child crossed his lawn on the way to the school bus. The man burst out of his house with a pistol, drunk, shirtless and screaming. “I’m going to kill that son of a b*!@* kid and every last one of you mother f*!@#*#’s!” He ranted for several minutes alarming the entire apartment complex.

The tenants got together. What could they possibly do? The police were really not an option. This was before the time of ubiquitous cell phone videos. They initially felt powerless until one of them stopped and had an insight that came directly from his heart. Here’s what they did that?resolved?the situation.

On a day when the man and his family were?home, the tenants baked an enormous batch of cookies. Then a group?of them, not including anyone from the family where there was a trigger., went across the street to the man’s house. When he answered the door with his wife behind him, they gave him the still hot ?cookies and invited the family to share in their food garden. The man and his family did not actually take them up on the garden offer, but after that time, there was never another problem. Peace and resolution all because they were willing to listen to heart’s wisdom. May our whole world learn from this amazing example.

Wow! That was so easy. ?But, I wouldn’t have thought of doing that! ?I’d like to think that such success could be achieved on a national or international level. ?In fact, I’ve seen the Water Protectors at Standing Rock, offer food to the militarized police/national guard/ private security?etc. I’ve read that some of those militarized people who are working to protect DAPLE have quit.

I’ve seen a lot of mocking and criticism of Trump, and wondered if?that wouldn’t just aggravate his negative personality issues. On the other hand, I’ve wondered if responding in a loving manner, would encourage his narcissism. I’ve seen psychologists describe his condition as one that is extremely difficult to treat.

I’m finding myself unsure whether my comment should have been a response or not.

Yeah for stories its can be a little confusing. I think the key difference is whether you are sharing something from the heart which would be a response, or whether you are commenting on the story itself with a suggestion for how it might be more clear, or a request for more info or something else. A comment could also be a note to the author or an invitation to connect by email or Skype or whatever. I do know that I wish your comment was a response because then I would give it a big old heart! Thank you. I also agree that it doesn’t help to mock Trump. Just more aversion. I know many folks who are praying for him and his administration. Which doesn’t mean we don’t respond powerfully when something unethical or harmful is being implemented. Like MLK whose birthday is today, we can resist unjustness and still not hate.?

What beautiful?moment! This reminds me of the classic analogy of “fire”: if one puts more fuel on a “fire,” the fire grows. However if one refrains from throwing?fuel on the fire, ?the fire goes out. And in this case, the fire is extinguished by LOVE. Yes! 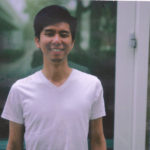